No IRS Postcards for 2019 Tax Returns 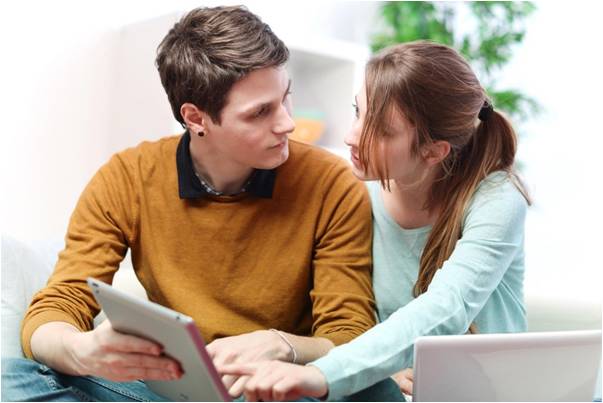 IRS postcards for filing your 2019 Form 1040 tax returns in 2020 seemed almost friendly and might have conjured up some old memories of the 1960s-era Short Forms. Sorry, folks, that just isn’t happening.

No IRS postcards for 2019 tax returns

The IRS won’t be getting any postcards from taxpayers this year. That’s right, not happening. A new Form 1040 will replace the one used to file 2018 taxes as well as the anticipated postcard-sized Form 1040 for filing 2019 taxes.

What about individuals with businesses? If you’ve never consulted a tax specialist, this is the year to do it. Mid-year is a critical time to review your business tax position and make any necessary adjustments to your strategies. The Tax Cut and Jobs Act of 2017 is still changing, and a mid-year tax review and checkup could keep you from having any unpleasant year-end tax surprises.

The new 2019 IRS Form 1040 may be more simple.  The draft contains only 2 pages and 3 schedules and could change since it remains open for comment through August 15, 2019. Here is the pdf early release of that draft.

The IRS has a lot in the works, including Form 1040-SR, which is a simplified version for seniors. Here are some details on this new “U.S. Tax Return for Seniors.”

Here is more about what is in the works to replace the proposed IRS postcards for 2019 tax returns. This article comes from one of my favorite sources:

It’s not like the nation’s tax collection agency was expecting pictures of scenic views of mountains and oceans or tourist attractions. But plans to provide taxpayers with a postcard-sized Form 1040 have been officially scrapped. The IRS is now working on a version that‘s shorter than the traditional 1040 but looks more like the typical tax return you’re used to.

Proponents of tax simplification have bandied about the idea for a postcard-type 1040 for years. It came closer to fruition when the massive Tax Cuts and Jobs Act (TCJA) was enacted at the end of 2017. Supporters of the legislation, including the Trump administration, bragged that taxpayers would be able to file a return on a single small sheet of paper. Despite the TCJA changes, however, the IRS still requires more information than what can be entered on just a few lines.

After the 2018 tax filing season—the first year most of the TCJA provisions affecting individuals went into effect—the IRS rolled out a prototype replacing old forms 1040, 1040A and 1040EZ. It wasn’t quite the size of a postcard but it was definitely shorter than those other forms. Yet it didn’t really cut down on the paperwork.

In fact, the new version required taxpayers to complete six additional forms and schedules that would have to be inserted into an envelope. This could lead to additional complexity and confusion and, ultimately, more errors. What’s more, the vast majority of taxpayers now file returns electronically, reducing the need for a postcard-sized 1040.

Taking its cue from the tax community, which generally objected to the prototype as being wasteful and inefficient, the IRS has announced that is abandoning its earlier effort and working on a new version that more closely resembles the traditional 1040. Some members of Congress doubted the viability of a postcard in the first place.

“Form changes are, for the most part, transparent to the vast majority of taxpayers because they file electronically. So far this year over 131 million taxpayers chose e-file,” said Bruce I. Friedland, IRS spokesman. “The IRS makes changes to tax forms every year. The IRS has proposed minor changes to the draft 2019 Form 1040, U.S. Individual Income Tax Return, and will continue to work with the tax community to finalize the form over the summer, so it can be used for 2019 tax returns filed in 2020. Based on feedback from both taxpayers and the tax community, some minor changes were made to the form, which continues to be less than 2 pages, and the supplemental schedules were reduced from six to three. The changes make it even easier for taxpayers to file their returns. The tax form continues to be shorter than the 2017 Form 1040.”

The IRS is accepting public commentary on the new 1040 until August 15. It expects to have a final form in place by November.

“We never believed that it would be a postcard. Never. Not for a moment,” House Ways & Means Committee Chairman Richard Neal (D-MA) told Bloomberg News. “I heard that over and over again during my time and career and I think that makes more for a good photograph than it does for a good policy.”

Almost everything about the Tax Code is confusing

We’ll take care of the confusing part. As your complete personal tax, financial, and retirement guide, we’re by your side to help you achieve your goals.

“We are your solution-driven answer. Contact us. Problem solved.”
Terri McLain
Call us: 734-285-6008
Or Schedule an Appointment